How to apply for NBI Clearance? If you came to this article probably you have some doubts, this article will try to help you clarifying all possible doubts that you may have.


In the past Philippines citizen fear the process to issue your NBI Clearance due to enormous queues to get it done. Nowadays there is a good working online service to make the application directly from home, skipping all the tedious waiting.

NBI, stands for National Bureau of Investigation. The clearance is a document that proves that the owner is a citizen and is in good standing with the law.

Unfortunately the document is only valid for 1 year after it was issued. The NBI clearance is important for many things, including applying for jobs or studying abroad or even taking the civil service exam.

The NBI clearance is valid nationwide, different from the Police Clearance which only counts in the area where it was issued.


In 2015 the NBI decided to switch all the applications to the online service, no longer accepting walk-in registrations. 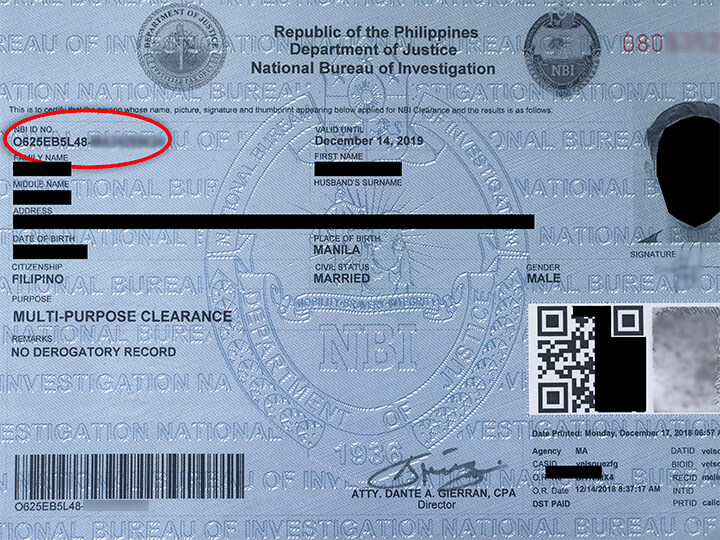 What Is NBI Clearance

The NBI Clearance is a document issued by the National Bureau Investigation, this document have multi-purpose, like: proof of identity, make changes in legal documents, local employment, travel abroad.

As mentioned, this Clearance is a government-issued document of high valor and interest. Further sections of this article you can find more about it.

It is the proof that the owner does not have any (serious) issues with the law and also a proof of identity.

Only valid for 1 year and does not cost much. Nowadays it is very easy to apply for one. In the past, it was very disliked process by the Philippine’s citizen, since it took long hours to get one done.

People who never had an NBI before, or had their last one before 2014 (before the changes in 2015) have to meet extra requirements.

For the application 2 valid government issued IDs are necessary. Such IDs can be for example the Driver’s License, UMID card, Postal ID or many more. A complete list of valid IDs can be found on the governmental Website.

The applicant has to make sure to use the same IDs for the online application that he will bring to the appointment scheduled at the online application. The NBI does not accept Student ID, Company ID or similar non-government issued IDs as a valid ID. The IDs have to be always the original ones.

To complete the NBI Clearance application online the applicant has to visit the official  Online Services website which can be found at clearance.nbi.gov.ph

If the applicant never had a clearance before the question about an old existing clearance should be answered as “NO”. It’s important to note that the system does not accept any special characters of any kind.

If any special characters appear in any of the applicants data those characters have to be informed on the schedules appointment day personally.

Before signing up all personal details have to be entered into the digital form. A password will be created and linked to the applicants email address.

After the registration a sign up will be required. After the first sign up another page should pop up where the applicant’s personal information will asked such as middle name, birthplace etc.

Again, the system does not recognize special Characters. After the completion, the information should be saved through the button labeled “Save Information”.

Afterward an appointment can be scheduled by simply clicking on “Apply for Clearance”. It is important to know that the website will only ask for one valid ID, but 2 valid ID’s have to be brought to the appointment.

The closest NBI Center will be chosen after agreeing to the terms. The fee to get the Clearance is Php 130. The application form and reference number is required on the day of the appointment. The clearance normally is ready after a few minutes.

What Is NBI Clearance Used For?

As stated before this Clearance is mandatory and a very important/useful document.

One of the many uses for it is the proof of identity, since it counts as valid government issued ID for many different cases.

It can be used to make changes in Legal documents, such as changed in the birth or marriage certificate.

Besides that, the NBI Clearance is mandatory for many companies when getting a job inside the Philippines. Also traveling or working abroad requires this document.